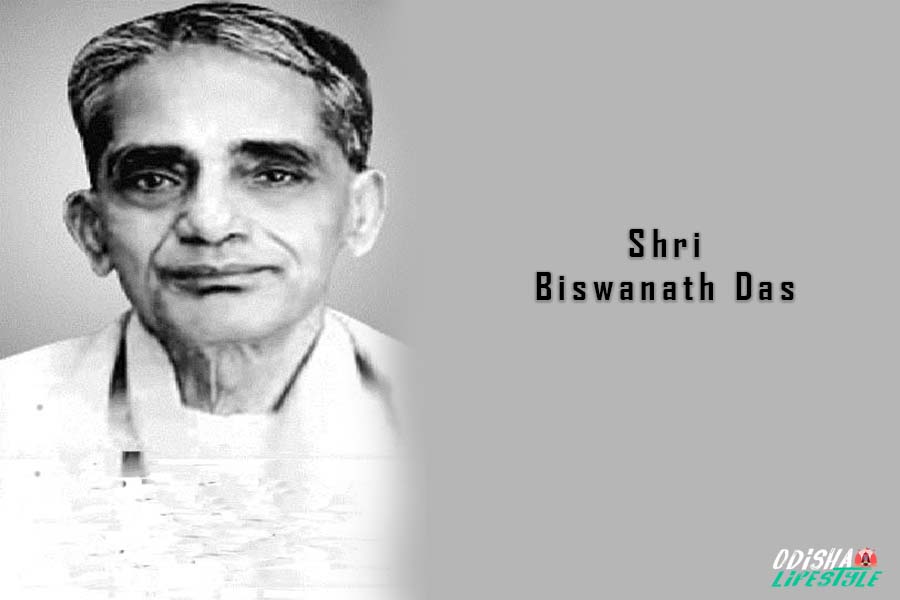 Not only as a prominent legislator, Shri Biswanath Das, the illustrious son of Orissa has earned name and fame, but as a member of the Constituent Assembly had all his praise for the hard work the Drafting Committee had put on for making the Constitution.

He was born on 8th March 1889 to late Madhusudan Das of Ganjam district. He graduated from the Ravenshaw College and obtained a Bachelor of Law from the Calcutta University. While pursuing his Legal avocation in Madras, he was illegistibly drawn to the freedom struggle in response to the Non Co-operation Movement in 1921 and joined the Indian National Congress.

In the same year, he was elected President of Chhatrapur Taluk Board in Ganjam district. Prior to 1920, he had pioneered the agitation for abolition of inermediary system of land by organising Kishan Movement in Madras Presidency.

Elected to the Madras Council for three terms from 1920 to 1929, he resigned from the body to activise the freedom movement and courted imprisonment several times. His tireless efforts for amalagamation of Oriya speaking tracts through the aegis of Utkal Conference is indeed a valued memory. After the separation of Orissa Province in 1936, he was elected to its Assembly to become its first Prime Minister in 1937. During his premiership the three important tenancy Legislation which his Ministry initiated were :
(a) Madras Estates Land (Orissa Amendment Act) Bill ;
(b) Orissa Tenancy (Amendment) Bill ;
(c) Money Lenders Bill

He, however, resigned the office in 1939 in obedience to the directives of the Indian National Congress on declaration of Second World War. He had braved detention during the Quit India Movement in 1942.

Shri Biswanath Das, who lived all along a life of austerity had numerous occasions to hold high political offices. He was a member of the Constituent Assembly from 1947 to 1952. The contribution of Shri Biswanath Das to the shaping of the new Constitution is no less important. His ideas and ideals are reflected in many provisions of the Constitution. The chapter on Directive Principles of State Policy had given place to most of his ideas on social and economic justice. He was very much optimistic about the working of the new Constitution usually with Constituent Assembly, names like Dr. B. R. Ambedkar, Alladi Krishnaswami Ayyar, N. Gopalswamy Ayyangar, Hridayanath Kunzru, K. Santhanam, Satchidananda Sinha, K. M. Munshi, Tej Bahadur Sapru, etc. come to occupy the memories of the students of Indian Government and politics. But there were also other members in the Constituent Assembly whose name do not appear frequently in the memories of the scholars of Indian Constitution, though they have rendered great services in the working of the Constitution of free India. One such name is late Biswanath Das, the Ex-Chief Minister of Orissa. Late Biswanath Das was the first and only Chief Minister of Orissa to be associated with the Constitution-making.

Besides being a member of the State Congress Executive Committee 1947-1952, he was the President of Pradesh Congress Committee for a number of years. Elected to the State Assembly 1962, he resigned to accept the Governorship of Uttar Pradesh was sworn in on 16th April 1962 and held this gubernatorial for a term of five years. He returned to State politics once again to hold the Coalition Ministry of Utkal Congress, Swatantra and Jharakhand during the year 1971 and 1972. He keenly persued high ideals of social service by his involved association with the servants of the peopleŏs society of which he became the President of on the demise of the former Prime Minister Lal Bahadur Sastri. Besides he was one of the founder trustees of Chatrudham-Veda Bhawan, Puri and instituted Biswanath Trust Fund to cater to the felt needs of poor students.

An embodiment of symplicity and grace, a vateran freedom fighter, an astute statesman and a democrat he led the socio-political life of the State for more than half century. The most distinguished illustrious son of the State passed away on 2-6-1984.