A Trip to The Unknown

Having not yet visited Sector 10, follow these steps for a free upgrade. 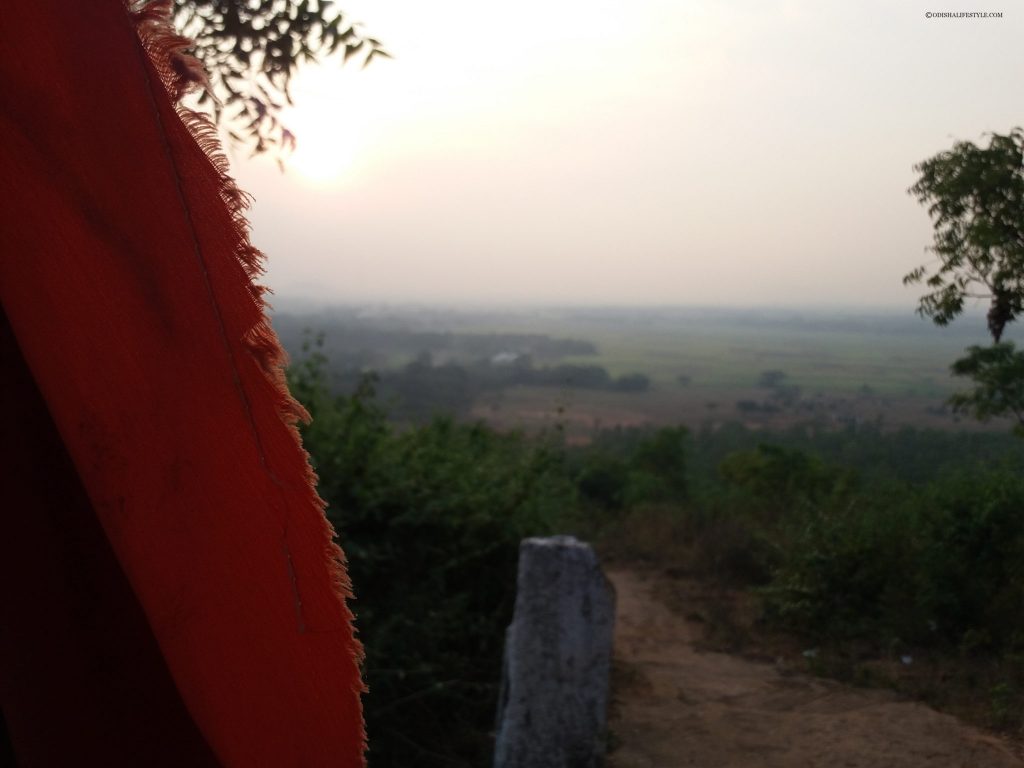 There are many places in the world not on any maps. Unknown to many at large, these places evoke a sense of mystery to any visitor lucky (or unlucky) enough to stumble upon them.

It was on one such occasion we came upon this temple built on top of a hill. There are no map markers designating its existence on Google Maps. Aside from the locals, not many people seem to know this place even exists. We managed to find it while roaming around the back roads close to the Sundarpada-Jatani road out of Bhubaneshwar.

One lazy afternoon we decided that knowing the neighbourhood is a good idea and set out on bikes to map the surroundings. We managed to end up behind the Xavier University campus and came face to face with Aditya Birla Public School. We’d heard from the stalls near the intersection close by that there was a temple up the hill close to the school so we thought – why the hell not? This led to us going through a side road by the school and we managed to find the temple gate easy enough.

Going up however meant we had to walk as the cement-limestone road up the hill ended halfway through. The incline was not too steep so we parked up there and started walking. Dusty path gave way to rough stone steps winding up the hill and finally big rock faces till we reached the summit. It was a temple dedicated to Lord Shiva with nobody around except for us. The solitude was quite soothing.

We’d managed to get up about 200 feet from the ground in a pretty steep incline. The pressure difference was enough to pop our ears and temperature was pretty cool for a sunny afternoon. We had a grand view of the Daya river as it winded though the countryside.

Sadly, light had begun to fade, so we hurried downhill back to where our bikes were parked. We’d spent about an hour on the hill and with lightened hearts decided to cut the day short and return home.

It was a good impromptu adventure not too far away from home and reinforces our belief that there are many such places hidden away in our state that need to be highlighted. We’d like to cover such places more in the future but our itinerary is full for the coming year. So, if it happens again, it will be a surprise to both us and you, and there is nothing that will delight us more.

We also have videos but they have not been edited yet so keep watching the blog as we will put them up soon.

To round up, we started the day looking for adventure and found it nearby, even if it was a small one. We hope we’ll keep finding more so that we can keep showing you the beauty of Odisha.